(Phoenix, AZ) – The Arizona Coyotes have become the first team in the National Hockey League (NHL) to sign the UNITY Pledge in support of full inclusion and equality in employment, housing, and public accommodations for all Arizonans, including gay and transgender people.

The Arizona Coyotes join over 20,000 individuals and over 3,300 businesses including the Arizona Cardinals, Arizona Diamondbacks, the Phoenix Suns, the Phoenix Mercury, American Airlines, PetSmart and Fry’s Food Stores in supporting a fully inclusive Arizona. Currently, only five Arizona cities have ordinances that ban discrimination; however, Arizona has no statewide laws that protect people from being fired based on their sexual orientation or gender identity or discriminated against in housing and public accommodations. 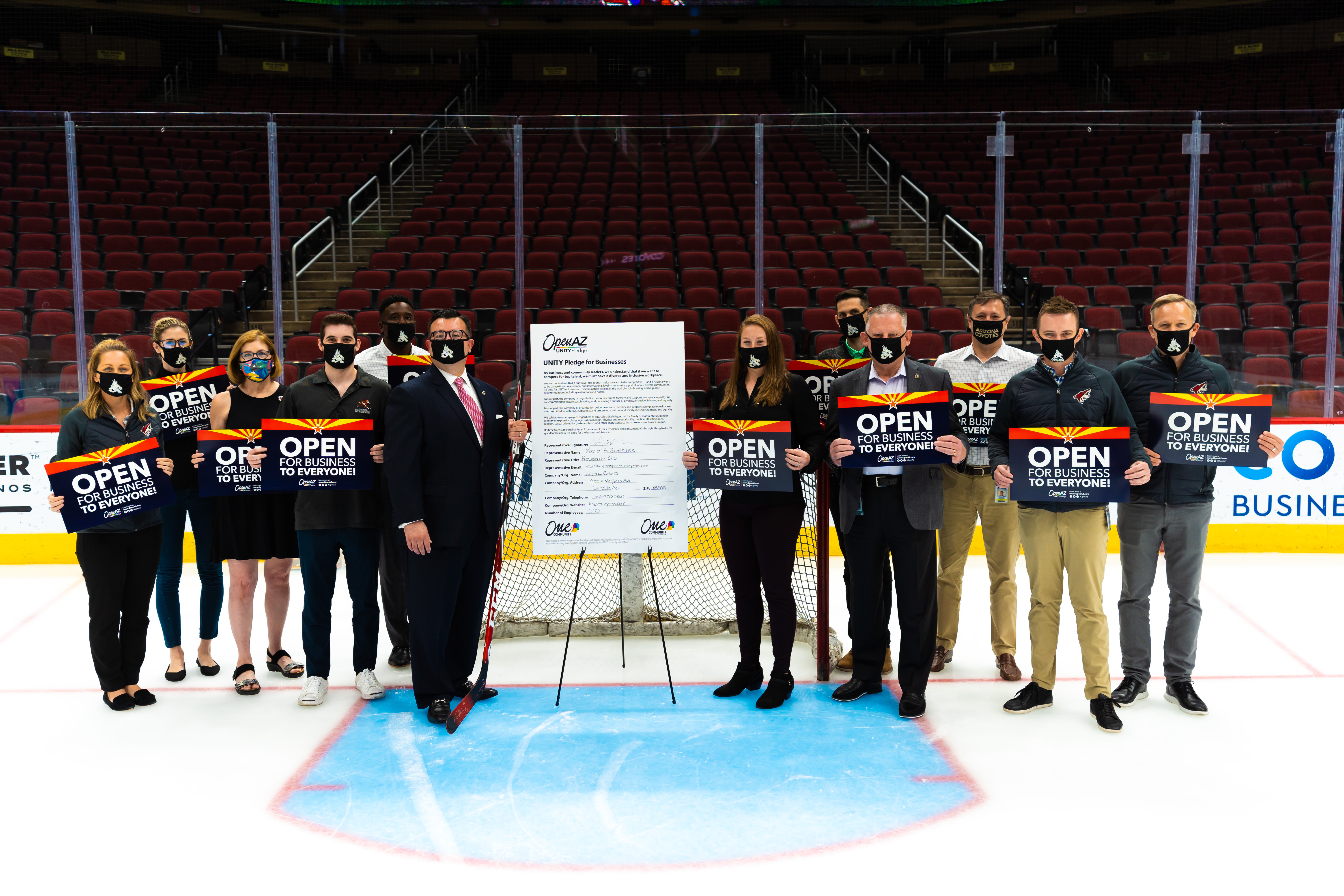 “Equality, diversity, and inclusion are core values of our organization and it’s our responsibility to support all members of our community,” said Arizona Coyotes President & CEO Xavier Gutierrez. “We are proud to sign the UNITY Pledge to ensure that our employees and fans are protected from any form of discrimination. As an organization, we are committed to using our voice and our platform to raise awareness and take actionable steps to ensure a more equitable society.”

“We are grateful to the Arizona Coyotes organization and leadership for their commitment to equality for all Arizonans,” said ONE Community and ONE Community Foundation President and Co-Founder, Angela Hughey. “Their dedication to creating an inclusive and welcoming community for their players, fans and staff is the embodiment of what the UNITY Pledge represents and our goal for an Arizona that is open for business to everyone,” concluded Hughey.

“As a member of the LGBTQ community and the Chair of the Arizona Coyotes Diversity and Inclusion Committee, I am incredibly proud of our organization for taking part in and supporting the UNITY Pledge,” said Lyndsey Fry, President of the Arizona Kachinas Hockey Association. “Everyone should be treated as equals and we are deeply committed to advocating for the inclusion and safety of all Arizonans.”

Created by ONE Community, a member-based coalition of socially responsible businesses, organizations and individuals who support diversity, inclusion and equality for all Arizonans, the UNITY Pledge is a public declaration to support and advance workplace equality and non-discrimination policies in housing and public accommodations for all Arizonans, including gay and transgender Arizonans.