Signs ONE Community’s UNITY Pledge in support of equal treatment in employment, housing and public accommodations

Arizona Bank & Trust has signed the UNITY Pledge in support of full inclusion and equality in employment, housing, and public accommodations for all Arizonans, including gay and transgender people. Arizona Bank and Trust joins GoDaddy, Yelp, American Airlines, the Arizona Diamondbacks, the Professional Firefighters of Arizona, PetSmart, and Coca-Cola in supporting a fully inclusive Arizona. Currently, only five Arizona cities have ordinances that ban discrimination; however, Arizona has no statewide laws that protect people from being fired based on their sexual orientation or gender identity or discriminated against in housing and public accommodations. 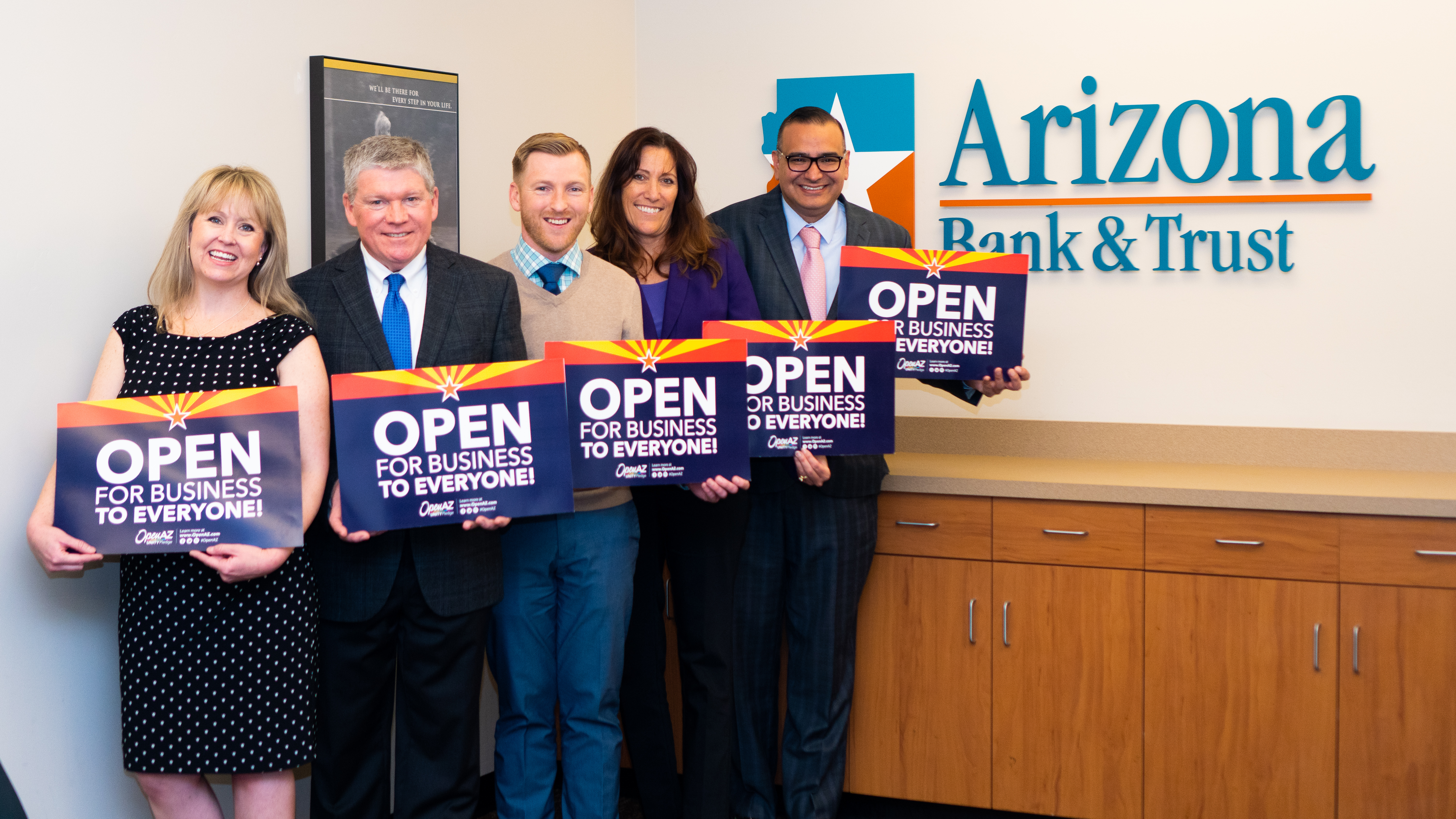 "We are passionate in our belief that everyone profits through excellent customer service and respect for the individual, which is why we proudly stand by the UNITY Pledge.  We respect the dignity and diversity of all of our customers no matter who they love or who they are,” said Tina Newman, Regional Marketing Director for Arizona Bank & Trust.

“Arizona Bank & Trust understands that treating people fairly and with respect is not only good for business, but that it’s just the right thing,” said ONE Community President and Co-Founder, Angela Hughey. “We are thankful for their leadership in Arizona and commitment to an Arizona that is open for business to everyone,” concluded Hughey