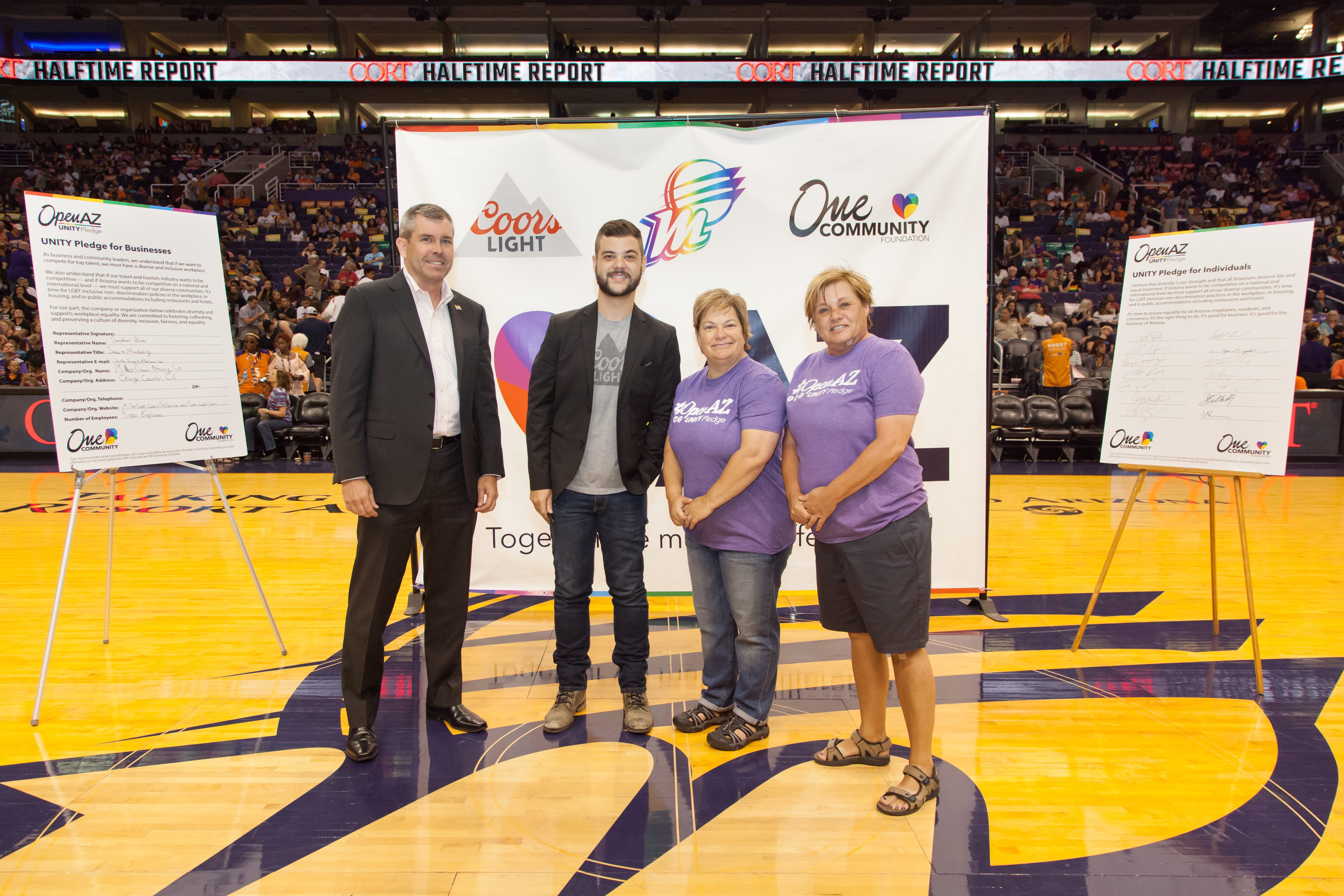 UNITY Pledge supports equality in the workplace, housing and public accommodations for all Arizonans

ONE Community is proud to announce that MillerCoors signed the UNITY Pledge during halftime at the June 16th Phoenix Mercury “Pride Night” game.  The UNITY Pledge is the largest equality pledge in the nation and is a public declaration of support for fully inclusive non-discrimination policies in the workplace, housing, and public accommodations for all Arizonans, including gay and transgender people.  MillerCoors will join over 10,000 individuals and 2,300 businesses and organizations including The Phoenix Mercury, The Phoenix Suns, the Arizona Diamondbacks, GoDaddy, Yelp, Fry’s Food Stores, PetSmart, and Coca-Cola in supporting a fully inclusive Arizona.

Currently, five municipalities have ordinances that ban discrimination; however, Arizona has no statewide laws that protect gay and transgender individuals from being fired based on their sexual orientation or gender identity, or discriminated against in housing and public accommodations.

Created by ONE Community, a member based coalition of LGBTQ and allied individuals and businesses; the UNITY Pledge is a public declaration to support and advance workplace equality and non-discrimination policies in housing and public accommodations for LGBTQ individuals and their allies in Arizona.

“We can’t think of a better way to welcome MillerCoors into the UNITY Pledge family than during Pride Night with our partners at the Phoenix Mercury,” said Angela Hughey, President and Co-Founder of ONE Community.  “You can’t go wrong with good beer, good basketball, and equality for all,” concluded Hughey.