ONE Community partners with UBER to celebrate Phoenix Pride

ONE Community and UBER have partnered for a one-of-a-kind promotion to celebrate Phoenix Pride and support an Arizona that is Open for Business to Everyone.

From March 18th – April 4th, UBER will offer the promo code, “ONECommunity”, which will be valid for $15 off any new user’s first ride.  The ONE Community foundation will receive $5 5 back from each promo code used entered, to support educational and outreach programs that promote the benefits of fully-inclusive non-discrimination protections for all Arizonans, including gay and transgender people.

In addition, from March 28th through April 4th, all riders will be offered the opportunity to sign the UNITY Pledge through the UBER app.  The goal is to get 5,000 new Arizonans to sign the UNITY Pledge over the course of the two-week promotion.  The UNITY Pledge is a public declaration to support and advance workplace equality and non-discrimination policies in housing and public accommodations for gay and transgender people and their allies in Arizona.

Uber has signed the UNITY pledge along with over 3,000 individuals and more than 1,500 businesses and organizations including the Arizona Diamondbacks, Professional Firefighters of Arizona, PetSmart, Fry’s Food Stores, Yelp and GoDaddy.  Currently, five municipalities have ordinances that ban discrimination; however, Arizona has no statewide laws that protect gay and transgender people from being fired based on their sexual orientation or gender identity, or discriminated against in housing and public accommodations.

“Uber is so pleased to partner with ONE Community to celebrate Phoenix Pride and to support equality for all,” said Steve Thompson, General Manager of Uber Arizona. “We are committed to diversity and inclusion for every Arizonan and welcome the opportunity to continue our work with ONE Community as part of this one-of-a-kind promotion.”

“We can’t think of a better way to celebrate Pride than by spreading the message of the UNITY Pledge across greater Phoenix with Uber,” said Angela Hughey, President of ONE Community.  “We are grateful for their leadership.  The opportunity to raise awareness about the importance of equal protections and celebrate our diverse communities is what Pride is all about,” concluded Hughey. 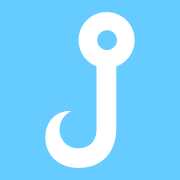