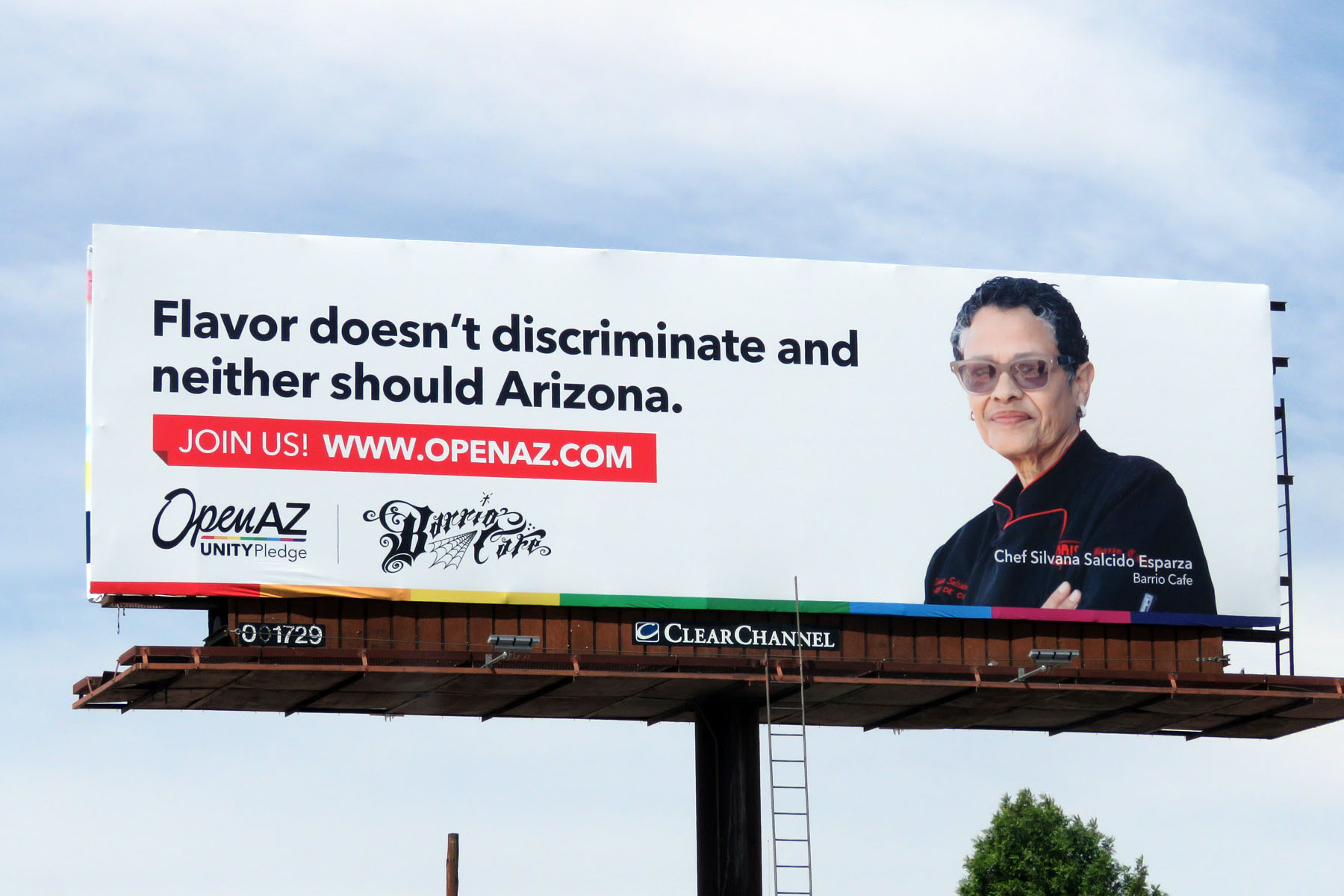 I am proud to join the ONE Community Foundation as they launch a public awareness billboard campaign to educate Arizonans about the fact that it is still not illegal to fire someone, deny them housing, or refuse them service simply for being gay or transgender.

That’s right, in 2017 you can still face discrimination in our state simply because of who you are or who you love.  Our state’s current non-discrimination laws protect Arizonans based on race, religion, ethnicity, national origin, and age, but not sexual orientation or gender identity.  This gap leaves a significant portion of our population vulnerable and without legal recourse when discrimination does occur.

So in order to help bring attention to this cause, I lent my face to a billboard you may see around town through the end of May saying that it’s time for Arizona to make a change.  I’m proud to stand up for my community, and even more proud to stand up for what is right – not just for LGBTQ Arizonans, but all Arizonans.  You see, embracing talent without barriers allows us to attract, retain and be the best.  In my kitchen, I don’t care who you love, as long as you can keep up and cook food.  It’s not my job to judge your performance or right to sit in my restaurant based on who you love, and it shouldn’t be anybody else’s job either.

Overwhelmingly, the response to my participation has been positive.  People want to learn more and join ONE Community Foundation and me in our efforts to ensure we live in a state that is Open for Business to Everybody (which you can do at www.openaz.com).  Yet, there have still been some ugly trolls.  Hateful and misinformed people calling me a sin against God and humanity - even a cancer on society.  All because I love a woman and not a man.

And for me, those few ugly, hateful trolls highlight why updating our laws is so important. Because even though I believe that the overwhelming majority of people are good, there will always be trolls – people who think it’s ok to discriminate against me and my wife based on nothing other than the fact that we love each other.  Updating our laws will not only deter the few bad actors, but will also give people legal recourse in the unfortunate circumstance when they do face discrimination. And that’s why equal protections are so important.  No one in our community should feel or be treated like they are a second-class citizen because they don’t have the same protections under the law as other Arizonans.

I hope as you’re driving around and notice our billboards that you take the time to check out www.OpenAZ.com, sign the UNITY pledge in support of equal protections, and tell your friends and family about why this campaign matters to the future of Arizona.  It’s time for us to come together as a community and implore our leaders to do the right thing for all Arizonans.

Silvana Salcido Esparza is a James Beard nominated chef and one of the country’s foremost authorities on bold, regional Mexican cooking.  She is the owner of Barrio Café, Barrio Queen, Barrio Urbano and Barrio Café Gran Reserva